This is an image of the 600W inverter, for example. Individual images can be seen above when model is highlighted. 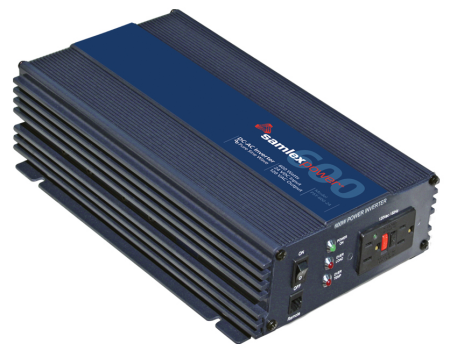 Samlex PST Series inverters have been in the field in a variety of applications for over 10 years. They are extremely reliable pure sine wave inverters that are available in 12V and 24V versions. The biggest benefit of pure sine wave inverters is that you basically get the purest electrical signal possible - exactly as you would from plugging in at home. Certain electronics, like microwaves and motors, for example, will run faster, quieter, and cooler. Plus, the dual AC outlets on these inverters make it even more convenenient to run your AC appliances.

Samlex AmericaPST Series Pure Sine Wave Inverters120 VAC Samlex PST Series inverters have been in the field in a variety of applications for over 1...

Outback PowerRadian Series Inverter/Chargers NOTE: Those models with an -01 at the end are listed to UL1741-SA.Includes: Inverter, mounting bracke...

Added to your cart: